Seven Blocks Design designed and developed a new WordPress website for the independent film releasing company, Strand Releasing. The client wanted a clean, modern look to reflect their black and white branding. With a white background and black text this allowed the individual content of the films to shine.

The new site is Responsive, thus responding to each device (desktop, tablet, mobile), to provide an optimal viewing experience. Their previous site was using outdated Flash technology, so it wasn’t viewable on mobile devices. Even in the desktop setting, the site was constrained within a small area of the screen. With the new site, the content is expansive and easy to see.

The homepage included a slideshow, a selection of new films, a brief intro on the company, and their Twitter feed. The various sections were lead-ins to going other pages in the site.

Contact information, email signup, social media links were globally present at the top and bottom of the site.

An in-depth tutorial document and in-person training session enabled staff at Strand Releasing to add content, particularly about new films, which they are releasing all the time.

Give us a shout! 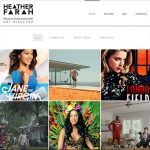 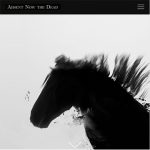