Social media qualities can be viewed as a honeycomb of 7 functional building blocks.

The identity functional block represents the extent to which users reveal their identities in a social media setting. This can include disclosing information such as name, age, gender, profession, location, and also information that portrays users in certain ways (thoughts, likes, dislikes, etc.). High identity: LinkedIn.

The conversations block of the framework represents the extent to which users communicate with other users in a social media setting. Conversations happen for all sorts of reasons: to meet like-minded people, to build self-esteem, to promote their ideas. It is important to know the protocol and format for conversations. High conversations: Blogs, Facebook; secondary level: Instagram, Twitter, YouTube.

Presence represents the extent to which people can know if others are accessible, virtually or physically, like when you “check in” at a location or are “available” online. High presence: Foursquare; secondary level: Facebook, Twitter.

The relationship block is about how users can be connected to each other, such as a “friend,” “fan,” “connection,” etc. Some relationships are formal, regulated and structured, like LinkedIn, which shows you how many degrees of separation from a “target” member, referral systems, and introductions. Whereas with sites like Twitter and YouTube, relationships hardly matter. In general, social media communities that don’t value identity highly, also don’t value relationships highly. High relationships: LinkedIn, Facebook.

Reputation represents the extent to which people can identify the standing of others in the social media setting, and can have different meaning on different social media platforms. LinkedIn builds reputation based on endorsements from others, Twitter by the number of folllowers and retweets, Facebook on “likes,” YouTube on “ratings,” etc.

The groups functional block is the extent to which users can form communities and sub-communities, especially the larger the group of friends, followers, and contacts become. High groups: Google+ (circles); secondary level: Facebook (lists, groups, interests), Flickr.
This is a summary from the Business Horizons 2011 article:
Social Media? Get Serious! Understanding the functional building blocks of social media

Give us a shout! 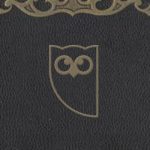